What to do in Sorrento

WHAT TO DO IN SORRENTO

Sorrento is a coastal area of the Sorrento Peninsula which lies opposite the Bay of Naples.

Built on the cliff that separates it from its crowded harbor, Sorrento is famous throughout the world for the sea view and is also the protagonist of many songs and poems and as a famous journalist says:

"Few cities can boast of its truly enchanting, romantic, delicious, and extremely amenable situation, which can not be expressed in a few words; also for the laughing and graceful promontory of its famous name, as for the pure and saluberrima aria, waves was called naturae miraculo and highly renowned. " 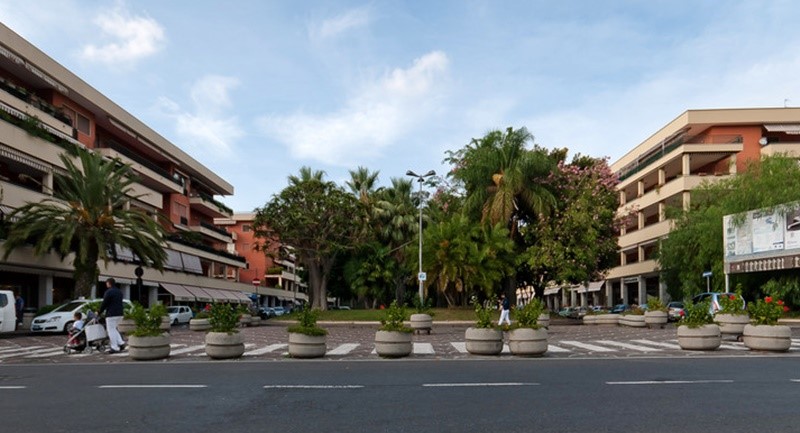 The most modern square in the city. Placed along Corso Italia, in front of Via A. De Curtis which leads to the Circumvesuviana station, it is pedestrianally connected to the valley with Via Correale and with the Achille Lauro car park. In its current configuration it looks more like a garden than a real square, surrounded by the arcades of the buildings that together with it arose in the '70s. 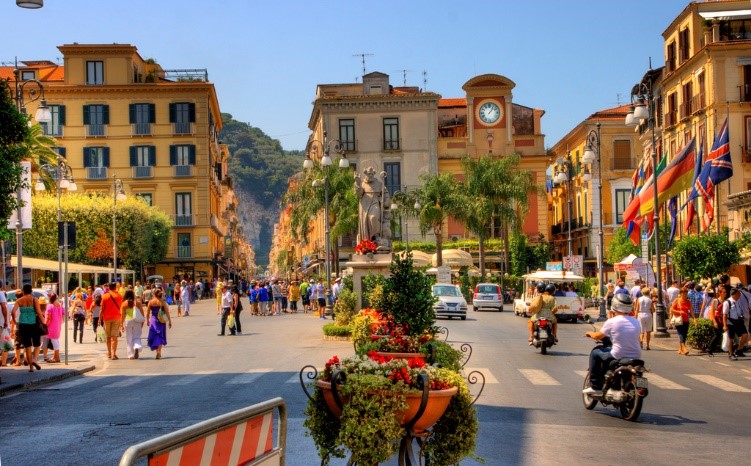 The main square and the heart of Sorrento. No matter if you leave for a long holiday or a last minute trip to Sorrento, during your stay you will find yourself several times among the cafes and pastel colored buildings of this square.

Overlooking the square are beautiful historic buildings, such as Palazzo Correale and the Baroque church of Carmine, as well as valuable statues. The main one is undoubtedly that of Torquato Tasso, the Renaissance poet to whom the square is entitled. In the center, instead, stands the statue of Sant'Antonino, the patron saint of Sorrento. 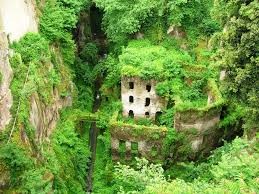 Sorrento was originally crossed by three valleys, joined together in Roman times; in addition to the so-called Vallone dei Mulini, which was the fulcrum of this system, there was also a valley that ended in Marina Grande. Il Vallone dei Mulini originated when a violent eruption of the Campi Flegrei, covered the area that goes from Punta Scutolo to Capo di Sorrento of debris. One of the Correale family members built a port at the mouth of the valley, in what is now the small Marina Piccola, which was once called Capo Cervo. 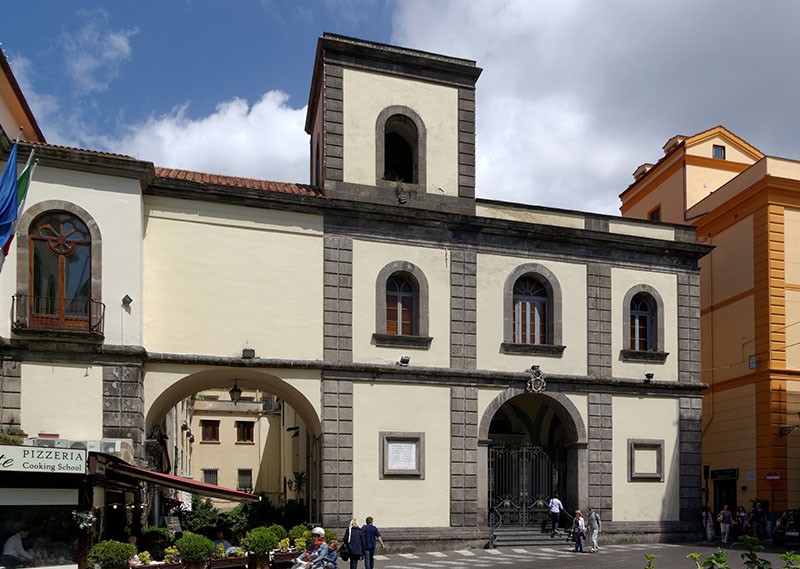 It is a monumental basilica of Sorrento: inside there are the remains of the patron saint of the city, Saint Anthony. The most visited part of the Basilica, where the devotees of the Patron Saint Antoninus are most concentrated, is the Crypt on the lower level of the one with direct entrance from the homonymous square and having access from two marble staircases following the two side aisles. At the center of the crypt stands the altar, on which is placed a statue of the saint, behind which there is the perennial oil lamp with the silver plate that visitors grope, reciting the prayer shown there in memory of the famous miracle of St. Anthony of Healing of the Sorrento Bishop.

The Cathedral of Sorrento rises in the historical center of the coastal city; it contains all the miracles made by the patron saint of the city. The church, built on the remains of an ancient Greek temple, overlooks the bishop's square and has a neo-gothic style facade: divided into two by an entablature, the lower part has three entrances, namely the central one, the main one. 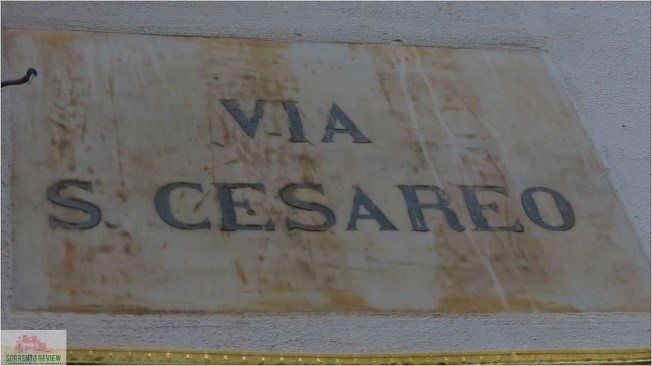 The oldest street in the city.

In antiquity it corresponded to the maximum Decumanus, the main street of the hippodamean plant, that is, made of orthogonal routes between them, of the Roman city. Even today it has maintained the same characteristics of the past, if not for the numerous souvenir shops, clothes, typical handicrafts and even bars with outdoor tables and restaurants of which now abounds.

The buildings have largely retained the characteristics of the Neapolitan baroque, and overlook the street of the portals, facades of palaces and the church of the Addolorata, which remained unchanged over time. 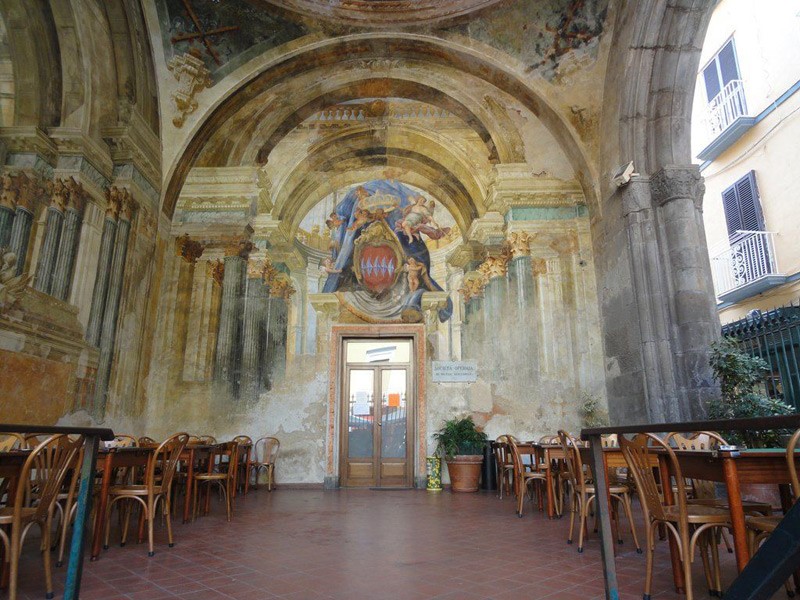 Ancient meeting point of the nobles of the city and today the headquarters of the Mutual Aid Society.

Symbol of the management of power, the imposing monument has been repeatedly restored, to preserve its prestige unaltered. Sorrento preserves it in the heart of its historic center, and is the only one of the ancient noble seats that, even today, can be admired in Campania.

In the rooms there are carved furniture from the last century and a modern wing where objects of contemporary design are exhibited. The Museobottega is a new model of museum, a multi-purpose structure aimed at enhancing those sectors of artistic craftsmanship that, in addition to a past to be documented, still today have a production reality to be confirmed over time and redeveloped in content.

Church of San Francesco and the cloister of the 1300s

The Cloister of San Francesco is among the most ancient monuments of Sorrento that, even today, can be visited. Located near the church of the same name and the Villa Comunale named "Salve D 'Esposito", the splendid structure is located in the historic center of the city and is just a few meters from the house where the famous poet Torquato Tasso was born and from other important monuments of Sorrento. 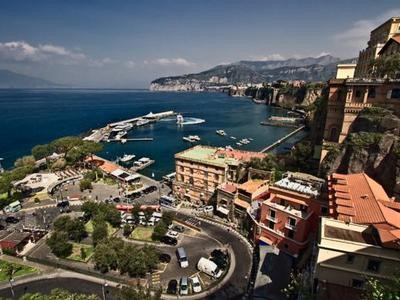 The characteristic of Sorrento is that of not being a real seafaring city: the high coasts of the peninsula fall to the sea and are only occasionally interrupted by narrow and deep valleys, dug into the tufa rock by streams that descend from the Lattari Mountains . The oldest part of Sorrento was built on the stretch of coast isolated between two of these valleys, which constituted the moat that surrounded and defended it. At the mouths of the valleys rose the two marine of Sorrento, detached from the city and not very protected. The Marina Piccola is located at the mouth of the Vallone dei Mulini, which bordered the city of Sorrento to the east. Instead, the marina was accessed by the Porta Marina that opened under the Basilica of Sant'Antonino, placed at the top of a steep staircase now interrupted by the new road for cars. 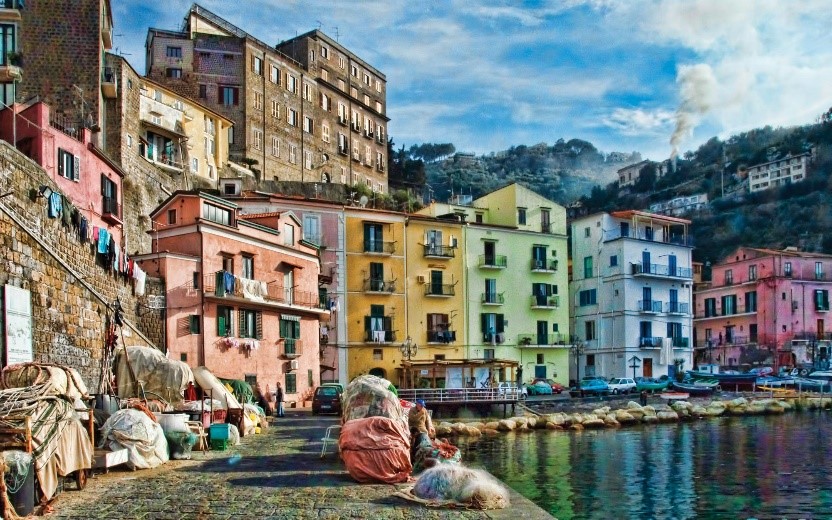 One of the streets that connect Marina Grande with the city consists of stone steps of medieval flavor, at the end of which you reach the arch of the evocative door. The Porta della Marina Grande was probably until the century. XV the only access to the city from the sea. Being a purely sailor village, Marina Grande is the perfect place to stop for lunch. There are plenty of restaurants by the sea, obviously specialized in local seafood cuisine. The most recommended are Trattoria Da Emilia, Bagni Sant'Anna and Bagni Delfino.

Before leaving, take a last look at Sorrento and go away without regrets, because you know, sooner or later always "Back to Surrient .."